Peugeot knows a bit about building vehicles to cope with life in the urban jungle.

The French brand’s iconic small cars are the obvious examples for Australian auto lovers but back in Europe there’s an equally dedicated fanbase of Peugeot’s two-wheeled products.

Urban Moto Imports secured distribution rights for Peugeot Motocycles (apparently that’s French for motorcycle) in late 2018, and the 150cc Django is the first to hit the streets.

Described as “neo-retro”, the Django is unashamedly chasing Vespa-style urban commuters, right down to the classic two-tone paintwork and white wheels. Because it has plastic panels rather than the Vespa’s metal-cladding, it is substantially cheaper to buy and then to repair if it does start abrading bits and pieces on the bitumen.

The 150cc scooter starts at $4990 plus on-road costs, climbing to $5190 for the Django Allure, which adds leather upholstery to the 770mm-high seat and a standard rear pack rack. Options include a passenger backrest, top box and windscreen.

That windscreen will be worthwhile if you plan to spend much time on the freeway. The Django is as sprightly as any 150cc scooter up to 80km/h and is even capable of sitting on 100km/h for extended periods, providing there are no power-sapping inclines to haul up. At that pace, though, you’re fairly exposed to the elements and a screen will help stop wind buffeting as you ride past B-doubles.

The well-padded seat also felt a touch firm on longer runs but we suspect that may simply be a case of “breaking in” both the foam and your posterior. It’s also worth noting the 12-inch rims will buck a bit as they drop in and out of sharp-edged potholes at triple-digit speeds. Drop back to 80km/h and they’re more than capable of dealing with the ridges and ruts of a typical metro road system, or rolling over cobblestones at 50km/h.

Most Django buyers won’t be looking at freeways, though, or they’d opt for something with a bigger hoop or rubber like the 16-inch wheels on the similarly priced Peugeot Belville RS 200.

On suburban streets and around the CBD the Django does its business with flair. A 710mm width helps it roll around traffic obstructions, filter to the front of the intersection and the Euro 4-compliant engine packs just enough punch to zip away from the lights with the verve to match the tin tops around you.

Fuel use is around four litres every 100km, meaning you can clock up 200km out of the 8.5-litre tank.

That tank is accessed by inserting the key into the slot in the fairing between your legs and turning left. Flicking the key right opens a storage bin that will accommodate a phone, wallet/purse or a pair of gloves. Putting the key back in the ignition and turning it left will open the under-seat storage, which Peugeot says is big enough to take an open-face lid or even a small full face (it’ll need to be small).

Other smart touches include a bag hook to secure the groceries and pillion footpegs that recess into the bodywork when not in use to help maintain the Django’s retro lines. The strips on the floor look durable and give decent grip even with a leather-soled shoe.

The instrument cluster combines an analogue speedometer with a digital display for the fuel gauge, trip meter, temperature and time.

ABS is used to stop the front wheel from locking up during hard braking – think smidsy evasion manoeuvres – and worked well on wet and dry surfaces. All lights except the headlamp are LEDs and the V-shaped daytime running light looks classy and serves to highlight the Peugeot lion logo.

The two-tone paintwork looks stylish and certainly helps the Django stand out when parked in a swarm of scooters. There’s also a black-painted Sport S version but I reckon it almost defeats the purpose: what’s the point of buying a retro-styled scooter if it is packing a modern paint job and graphics? 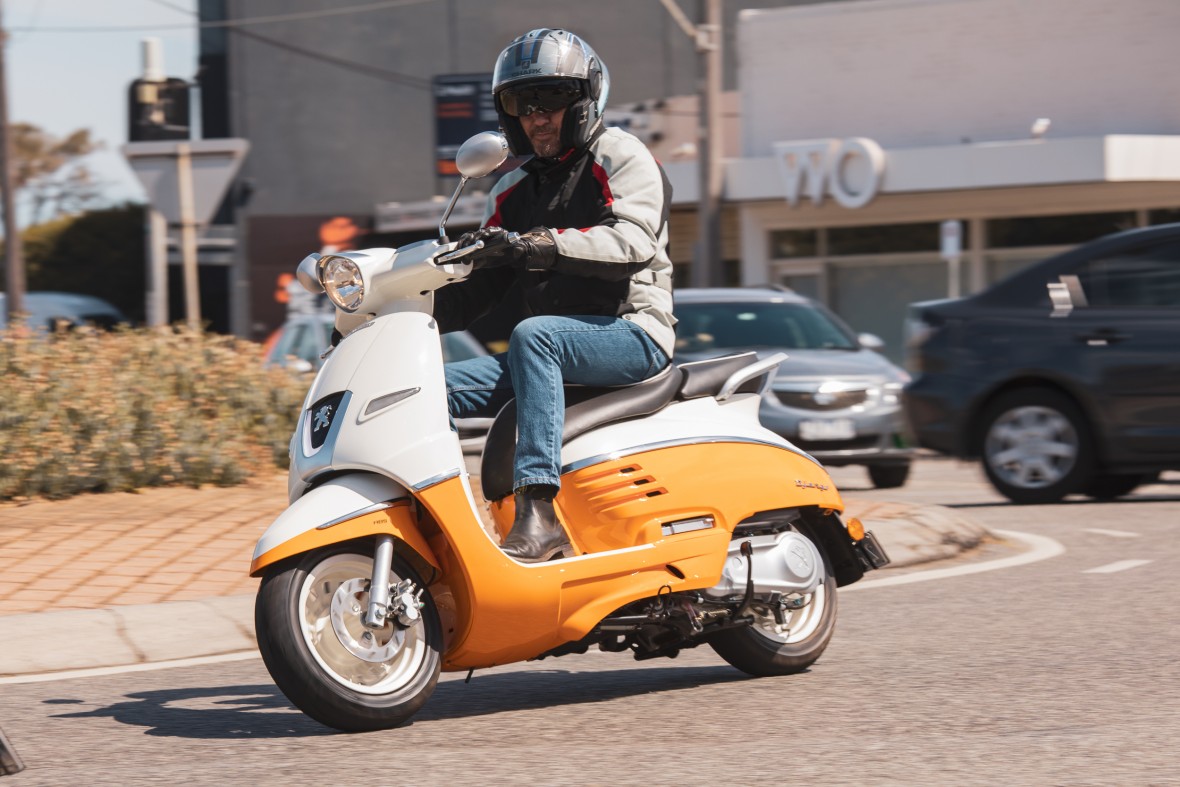 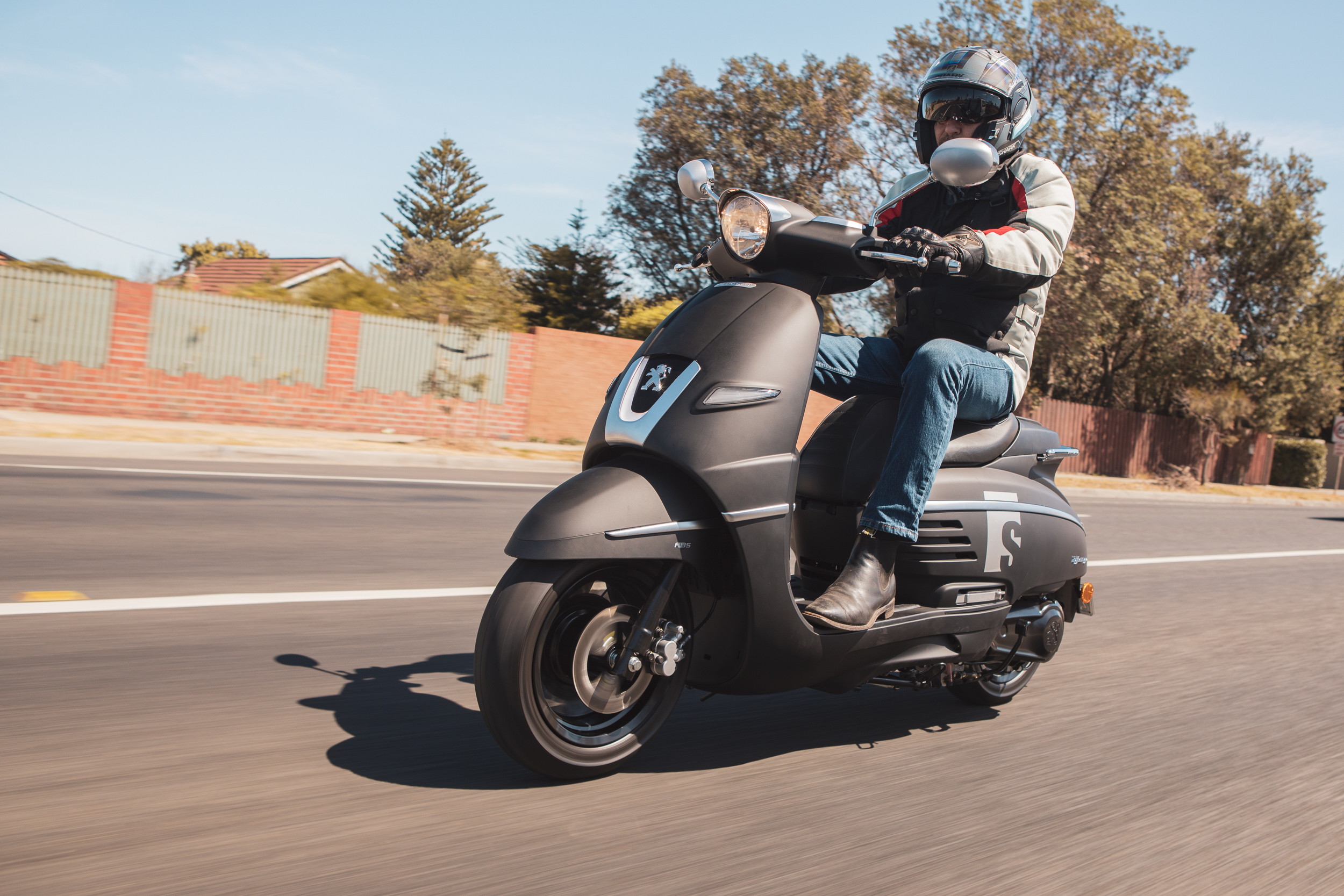 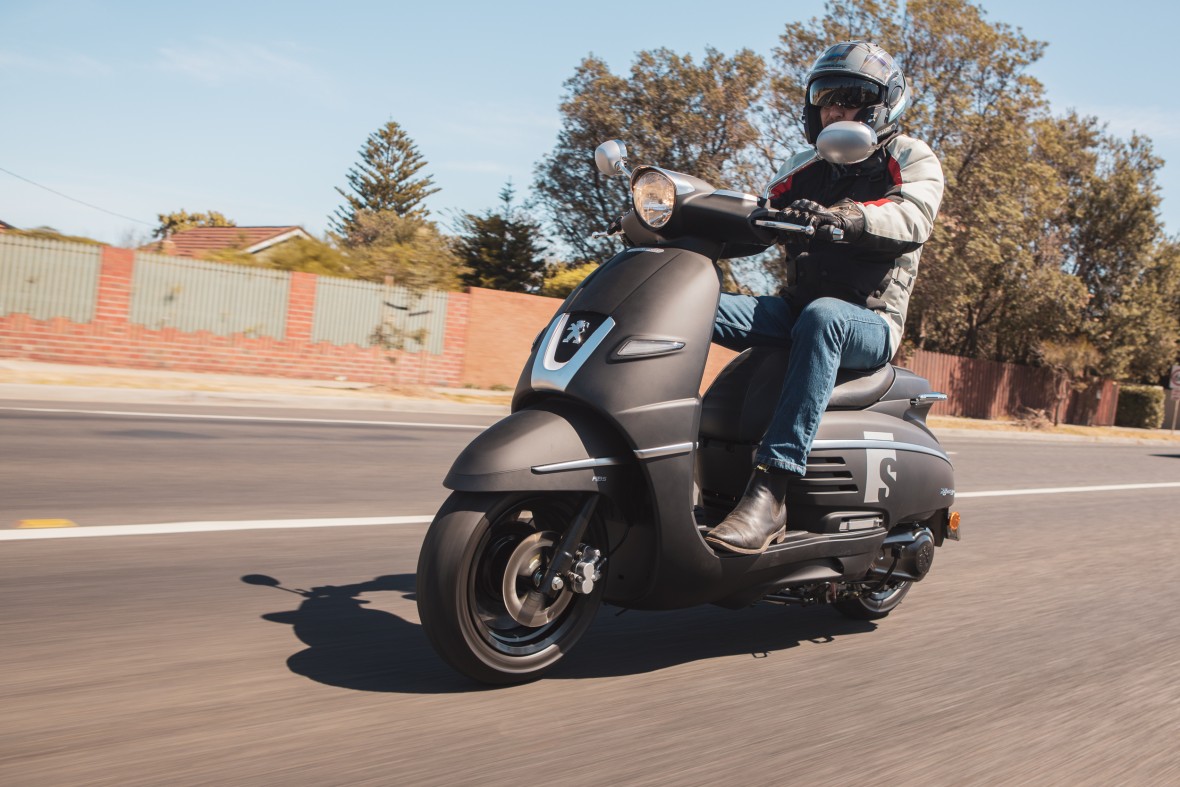 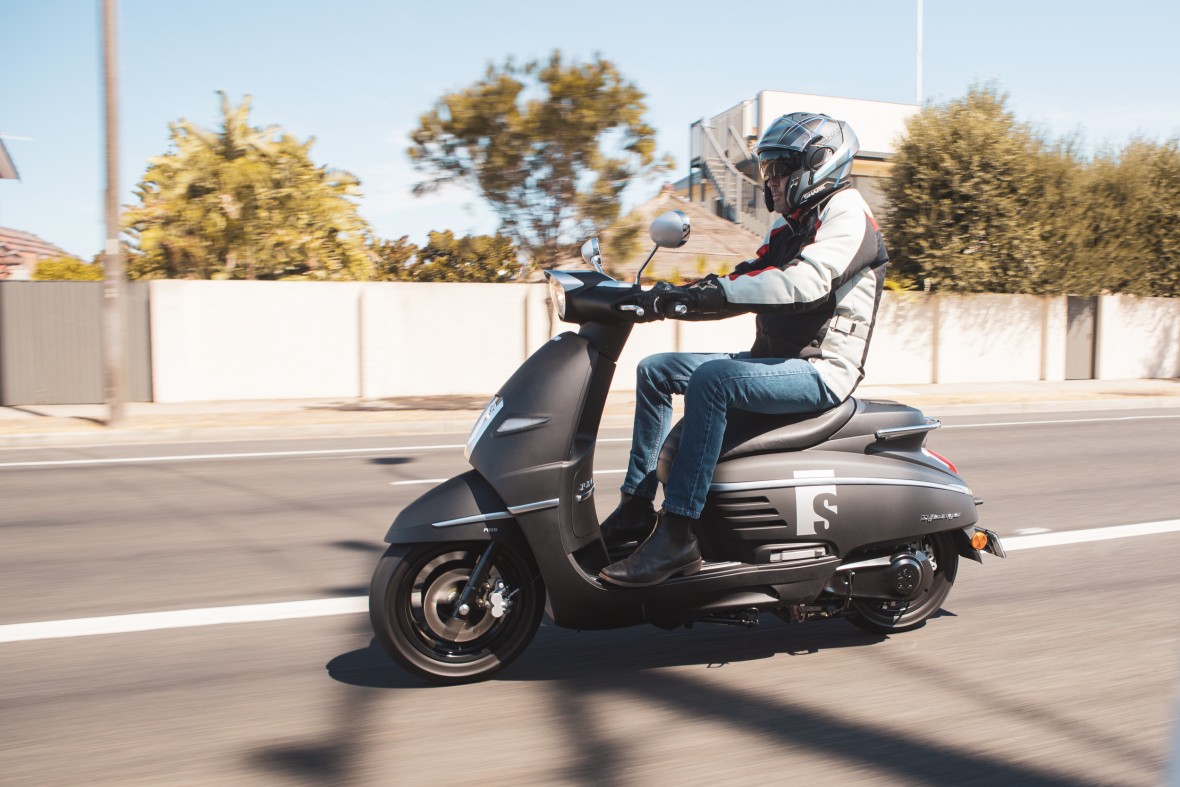 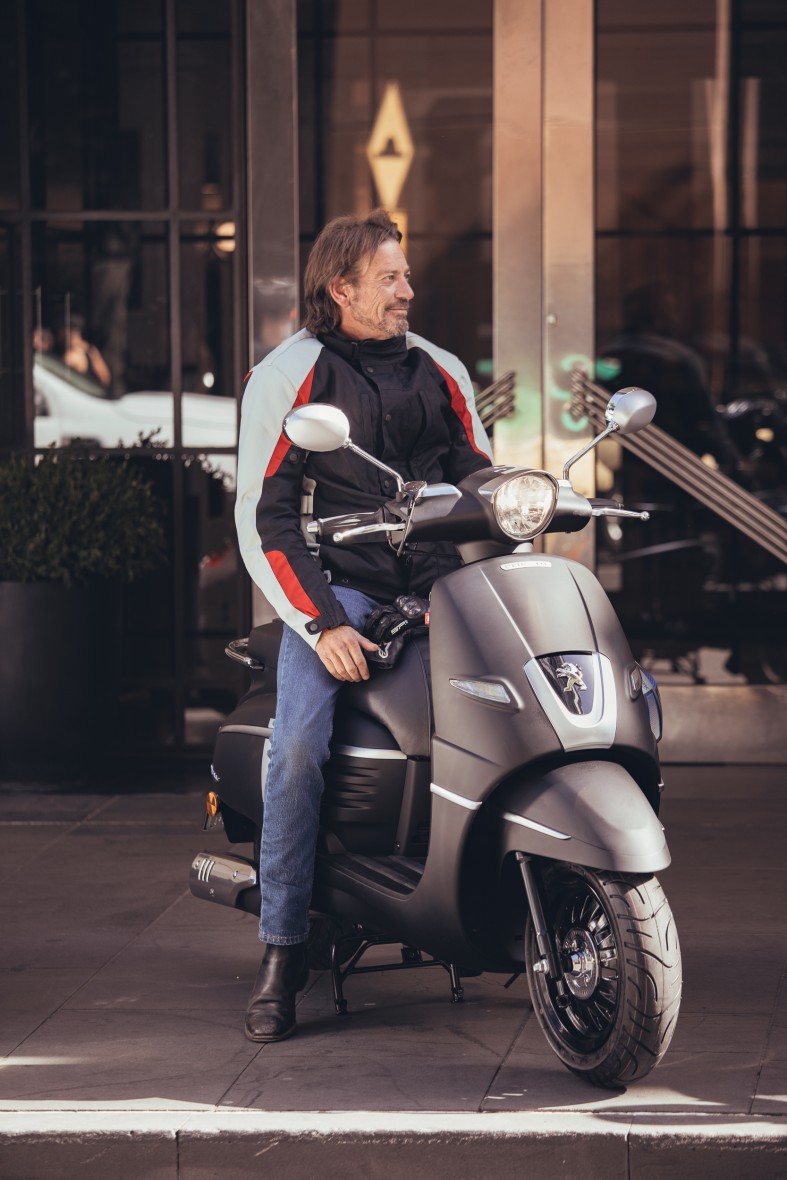